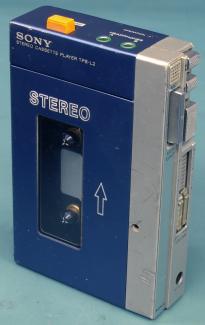 In the late 1970s and early 1980s, “Big in Japan” was a phrase used by the Japanese media to describe musical rock bands from the U.S. and Europe that were having better success in Japan than their home markets.  Such groups included Cheap Trick, Bon Jovi and the Scorpions.  The cult status mockumentary “This is Spinal Tap” (1984) gives reference to this phenomenon.

After World War II, the U.S. made massive efforts to rebuild Japan.  Some might argue we have no closer or more faithful ally than Japan.  These efforts led to phenomenal economic growth for Japan called the “Japanese Miracle”.

Japan was so successful that companies like Honda put extreme pressure on U.S. auto manufacturers in the 1980s.  Remember a guy name Lee Iacocca that had to save Chrysler with that K car?  It was really that mini van that saved Chrysler a few years later, another Iacocca project.  By the 1990s, many people considered Hondas and Toyotas among the best built cars in the world.  Made in Japan used to mean cheap, not quality.

Many probably forget that Donkey Kong and Mario Bros. are Japanese products from Nintendo, a company that has struggled in recent decades against upstarts like Activision and EA, companies from California.  More recently, a little-known competitor from North Carolina called Epic Games has put extreme pressure on industry giants with a hit called Fortnite.

Like the last decade with China, in the 1980s, many people would say that Japan would overtake the U.S. economically, and eventually geopolitically.  Does anyone remind you about the people who thought Japan would overtake the U.S.?   No.  But Google it.  I mean Yahoo it.  Netscape it.  Or American Online it.  You will see the Wall Street Journal, the Economist, New York Times, Washington Post, and some of your favorite past pundits, all predicted Japan would transcend the U.S. economically by 2000.  Instead, the 1990s became known as the “Lost Decade” for Japan, and the Japanese economy has been largely stagnant now for three decades.

In 1985, the Plaza Accord was an agreement between the largest economies of the world to allow the U.S. to depreciate its currency to make U.S. companies more competitive.  This effort was led by U.S. auto manufacturers, heavy equipment manufacturers like Caterpillar, as well as high-tech companies like IBM and Motorola, who were struggling to compete, not just in the U.S., but globally in general.  James Baker, who was Chief of Staff and Treasury Secretary for Reagan, Chief of Staff and Secretary of State for Bush Senior, and Under Secretary of Commerce for President Ford, negotiated that deal.  The world, our allies, cut us a break.  We should remember to help our allies because they can help us.  And tariffs may not be the only tool to negotiate trade deals.

It all ended in 1989 with what is commonly referred to as the “Japanese Bubble”.  American industry survived the Japanese Miracle, but not because of the Plaza Accord.  American’s competed, built better products and people around the world bought them.  New industries, new competitors rose from the stagnation of the 1970s.  You might recognize some of these companies like Intel, Nike or Microsoft, just to name a few.  Many capitalists still believe tough times lead to innovation and wealth creation through a process called ‘creative destruction’.  Anyone remember guys named Joseph Schumpeter or Milton Friedman who old-fashioned free market proponents once worshipped?

You can make it hard to do business with other countries with things like tariffs, but the successful Chinese person wants an iPhone, Air Jordan's, Starbucks coffee, Coke, a Buick, and now a Tesla.  Protectionism stifles innovation, it does not promote it.  Procter & Gamble say they have 55% of the hair products business in China.  The number one shampoo in China is Head and Shoulders. Yum Brands say that have over 27% of the fast food market in China which include brands Kentucky Fried Chicken (KFC), Pizza Hut and Taco Bell.  Yum Brands spun off its Chinese operation in 2016 and has almost 9,000 locations in China alone.  Yum China is incorporated in the U.S., headquartered in Shanghai, listed on the New York Stock Exchange.  The largest shareholders of this company are U.S. mutual funds.  Several private investment firms, both U.S. and Chinese, have been exploring a total buyout of the firm.

Tariffs are a form of protectionism that reward incumbents and hinder competition.  Tariffs hurt consumers on both sides at the expense of protecting struggling and bloated manufacturers.  That is my opinion anyway, but backed by research, history and observation.  While I originally wrote this blog in January, we now see the U.S. is attempting to delist Chinese companies from U.S. stock exchanges.  Both the Democrats and Republicans support this legislation.  Intel, Nike, Microsoft and other large U.S. corporations, including P&G, Yum Brands, GM, and many others, are trying to do business in China.  Does anyone want to hear what they might have to say about U.S. - China trade policy?  Ronald Reagan famously said in his first inaugural address that, "In this present crisis, government is not the solution to our problems, government is the problem."  In an election year, China-bashing works for both parties.  But is it good for business longer-term?  I ask everyone to keep an open mind.  Competition and cooperation is good.

Nobody cares anymore if you are Big in Japan.  People just want another good album.